Press
You are here: Home / Press / News / We are sad to announce the passing of Javier Cervera Sr. 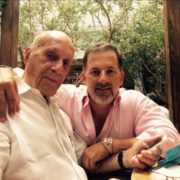 We are sad to announce the passing of Javier Cervera Sr.

“The love, support and encouragement my father always gave me provided me with the confidence in life to believe in myself and thus start Cervera RE Ventures and make it the successful enterprise it is today. Thanks Dad, I’ll always know your watching over me and providing that support I enjoyed all my life and yours.” Javier Cervera. 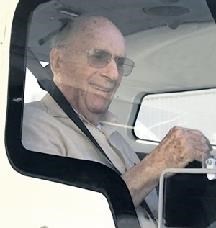 ERA April 13, 1931 – May 24, 2020 On April 13, 1931 born amidst the sugar fields of his beloved Cuba in the family sugar mill of Adelaida, Javier Cervera began his journey of life. The son of Miguel Cervera Falla and Exilda Consuegra Cervera. As a young man, he attended boarding school first at Belen in Havana and then at Florida Military Academy in St. Petersburg, Florida. Upon graduation he pursued his dream of flying and headed to Spartan College of Aeronautics and Technology in Oklahoma. His father would subsequently persuade him to leave the flying academy and return to Cuba to join the family business but not before he negotiated that his return would include having a plane. Flying would be a lifelong passion. In 1953 Alicia Cabada arrived in Havana, the daughter of the Peruvian ambassador. As Javier liked to say he fell in love at first sight. The following summer brought a fairytale June wedding in the gardens of the Peruvian embassy, a 23 year old groom would marry his love and a marriage of 65 years would follow. The coming years would be filled with happiness as Javier and Alicia formed a family. Javier took his city bride to the countryside of Cuba where they built their first home in Jucaral, their sugar plantation. While he tended his family business Javier built a school house for his bride to teach. In the later part of the 1950’s Cuba plunged into a revolution. Always being a lover of freedom and justice Javier became a member of the resistance against Castro. In remembering those times in his later years he said we would hide at home some of the most sought after resistance fighters and recalled with pride that his brave Peruvian wife always supported him. 1961 brought the disastrous Bay of Pigs and as he waited in Cuba to meet the landing forces his time on the Island would come to an end. His resistance group was discovered and by force of destiny he was warned that Castro’s police was on the way to his house to arrest him, thus he immediately departed his home. His father in law’s friendship with the México ambassador secured Javier’s asylum that took Javier and Alicia to Mexico. Once in Mexico they quickly traveled to Miami where they had earlier sent their daughters Veronica and Alicia to their beloved nanny Lala and grandparents. Never one to talk about the past he started to work using his perfect English and his mind for numbers to secure his first job. Soon thereafter Alicia and Mercedes Ferre became friends which resulted in Javier heading Maurice Ferre’s transportation company. As the years passed Javier and Alicia would buy a waterfront property on Brickell just as it was rezoned for high rise development. 1967 brought the birth, in Miami, of his last child, a son Javier Jr.. He went on to develop the Square shopping center in Key Biscayne. Later in life he started an aviation trading company, Ameravia. As Cervera Real Estate grew his daughters say he was the calm stabilizing force of the firm. Sharing with his son a love for farmland, hunting and long walks, Javier bought a farm in Georgia that became their getaway from the city. Fully engaged he encouraged, guided and generously gave of himself to his family and those who often sought his counsel. He particularly enjoyed his grandchildren and participated actively in their lives. Javier had the gift of making one feel like the most important person in the room. His humor, love of people, ability to engage anybody and kindness were his trademarks. Javier had been battling cancer for years and died May 24 at his home surrounded by family. He is survived by his wife of 65 years Alicia, children Veronica and husband Nickel Goeseke, Alicia and husband Alberto Lamadrid and Javier and wife Jennifer Behar Cervera, grand children Alexandra, Caroline and Nickel Goeseke, Alicia Lamadrid Paysse and her husband Juan Paysse, Tony Lamadrid, Javier, Jenna and Jace Cervera, great-grandchildren Juan Mateo and Sofia Paysse his sister Concepcion Cervera, brother Miguel Cervera and niece Sildy Cervera In lieu of flowers and to honor his legacy, please consider a donation to help build a technology center at Javier’s beloved Hogar Clinicia San Juan de Dios children’s hospital in Lima, Peru, donations in Javier’s name can be made at https://www.osf.org/javiercervera

Cervera RE Ventures donates a thousand mask to healthcare workers